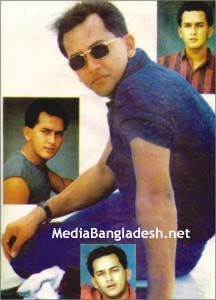 Salman Shah was born in 19th September 1971. The full name is Shahriar Chowdhury Emon. Her father name is kamaruddin chowdhury and mother name is Nila chowdhury. Shaharan is his younger brother. At first, he began his career with the one episode TV serial which name was Pathor Shomoy. After that,