Zahid Hasan is a Bangladeshi drama and film actor. He loves acting very much. His village town is Sirajgonj, Bangladesh. In 1990, he was a part of a theatre group for many years before acting in television. After that, he took adoption of Rabindranath Tagore’s Shomapti and the Protagonist in Bichehhu. In 1989, he made the first film. In 2000, he acted Srabon Megher Din. This film was very much popular. For this film, he won a national award. Besides, he acted many serials, Tele films and dramas. Such as, Chor Butpar, Granduate, Arman bhai koya parsa, Arman Bhai phaisa Gasa, Projapoti etc. His recent Arman Bhai drama serial is very popular. Everyone chooses his acting very much. 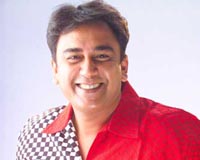