Balaka Cinema Hall was established in 1968. Balaka is very famous cinema hall in Bangladesh, Balaka 1 and Balaka 2 are situated in the same building at New Market area of Dhaka. Just beside Neelkhet and Bakusha market. Balaka is well known movie hall in Dhaka,

Where is Balaka Cinema hall ?

Balaka cineplex is situated in New market area beside Neelkhat and Bakusha Books market. Bolaka cinema hall on the right side of Mirpur Road, if your go through Mirpur Road from Eden callege side or New market area. If you want to go Balaka just ask any Rickshow puller to carry you there or you can go to Balaka from anywhere by bus or CNG 3 wheeler.

Balaka cimena hall in bd ticket available in the counter just before the movie start. You can take advance balaka movie ticket on regular price but you should contact 7 days the the movie show. There are 6 ticket counter in the ground floor of the Balaka cineworld building.

There are 2 halls inside the 3 storied building. Every hall seats capacity are 1265.

On the ground floor there is a food corner and another one on the 1st floor.

There is a authorized car parking back of the Balaka Cineword. People can park on the road also.

Balaka Cinema Hall is a modern and air-condition cinema hall in Dhaka. Sound system and display system are equipped with modern technology. There is a waiting room for male and female in the gound flood and Toilet in every floor for male and female. 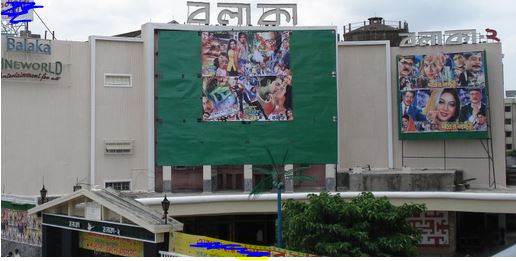 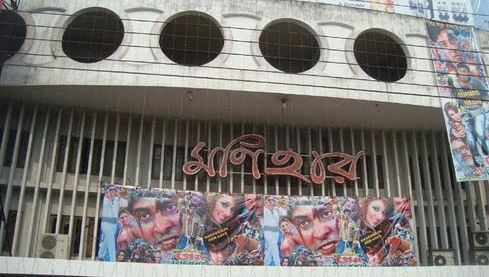