Dhaka city history: Dhaka is the Capital of Bangladesh. It is said to refer the Word Dhaka came from the

“Dhak Tree” (beautiful Palash flower tree), once many trees exist in the area; Or from the Bengali word “Dhak” (instrumental sound) or originated for “Dhakeshwari” (a Hindu temple by Ballal Sena). In 7th century, the settlement was started in this area by the Buddist Kingdom of Kamarupa and Pala Empire. The control of Dhaka was gone to Hindu Sena dynasty in the 9th century. Few shops in Lakshmi Bazar, Tanti Bazar, Kamurtuli, Shankhari Bazar, Bania Nagar and Goal Nagar was the heart of old Dhaka. 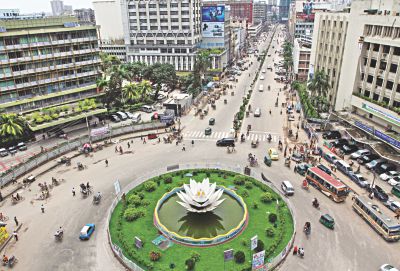 Colleges in the capital of Bangladesh : 167

Rivers are in the Capital of Bangladesh :

Working force : 50%of the population aged 10 years and above are in gainfull employment.

Bangabandhu Memorial Museum in Dhaka: It was the residence of  Bangabandhu Sheikh Mujibur Rahman at Dhanmondi has been turned into a musuam.

Old High Court Building : Originally built as the residence of the British Governor, it illustrates a happy blend of European and Mughal architecture.

National Park : Situated at Rejendrapur, 40 km. north of Dhaka city , this is a vast (1,600 acres) national recreational forest with facilities for picnic and rowing etc.

National Poet’s Graveyard : The poet Kazi Nazrul Islam died on the 29 August 1976 and was buried in the  graveyard is adjacent to the Dhaka University Mosque.

Mausoleum of National Leaders : the mousoleum is located at the southwestern corner of Suhrawardy Uddyan, it is the eternal resting place of great national leaders, Sher-e-Bangla A.K. Fazlul Haque, Hossain Shahid Suhrawardy and Khaja Nazimuddin.

BangaBhaban : The official residence of the President of Bangladesh, near Motijheel area of Dhaka city.. One can have an outside view of this grand palace.

Ramna Green: A vast stretch of green garden surrounded by a serpentine lake near the Sheraton Hotel.

Science Museum : The museum is a modern learning center related to the latest scientific discoveries. Science Museum is situated at Agargaon of Dhaka.

National Memorial : It locates at Savar, 35, km. from Dhaka city. The memorial designed by architect Moinul Hossain is dedicated to the sacred memory of the millions of unknown martyrs of the war of liberation.

Amusement parks in the capital of Bangladesh 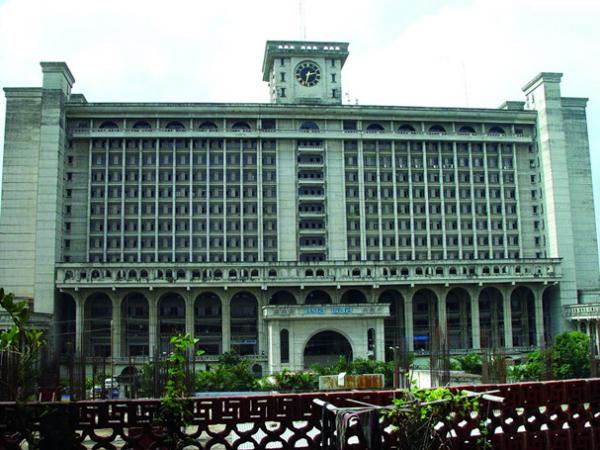 4) How many mosques are in Dhaka city?
– There are

5) Who is the Mayor of Dhaka North City Corporation DNCC?
– Mr. Annisul Huq

6) Who is the Mayor of Dhaka South City Corporation DSCC?
– Mr. Sayeed Khokon