What is the Radiation Therapy?

Home/Health, USA/What is the Radiation Therapy?

What is the Radiation Therapy?

If applied at the preliminary level of cancer, radiation therapy can bring a better result in confining the growth of the tumor avoiding the surgery and can even be able to successfully kill the remaining cancer cells.

Unfortunately, if the radiation therapy applied in the later stages of cancer, then it may help to relieve the patient from pain, therefore making the last few days of the patient less miserable.


How does Radiation therapy work?

It applies a series of controlled high energy waves such as light or heat on cancer infected body parts of the patient. Another type of radiation therapy involves implanting a radioactive kit inside the body for a certain period as per doctor’s advice.

Brachytherapy- the new dimension of radiotherapy

In brachytherapy, an encapsulated radioactive kit is implanted directly into the tumor-bearing tissue via catheters or needles.

After the resection of the tumor, a catheter is placed into a tumor bed, whereas a needle is injected into the affected tissues directly or into the body cavity nearing the cancerous tissues. Brachytherapy is more effective but must be carefully delivered.

Depending on the type and stages of cancer as well as the health condition of the patient, the doctor may prescribe the radiation therapy solely or in combination with chemotherapy, surgery.

Besides cancerous cells, radiation therapy may have an impact on healthy cells also causing some side effects. But these side effects depend on the following factors:

The immediate side effects of radiation therapy

The patient may suffer from fatigue, skin changes, hair loss, diarrhea, and biliousness in a short term period which mostly depends on the area receiving radiation therapy. Proper screening and counseling are beneficial before undergoing therapy.

Long term side effects much more severe such as:

The consultant doctor will have a detailed discussion with the patient and his/her relatives on the type and dosage of the planned radiation therapy and other alternatives in hand. So that the best possible options can be chosen after having the written consent from the patient’s end.

Before the treatment, the patient has to go through a CT or MRI scan to locate the exact position and size of the tumor. Usually, the doctor makes a small identification mark on the skin beneath which the tumor is supposed to exist. 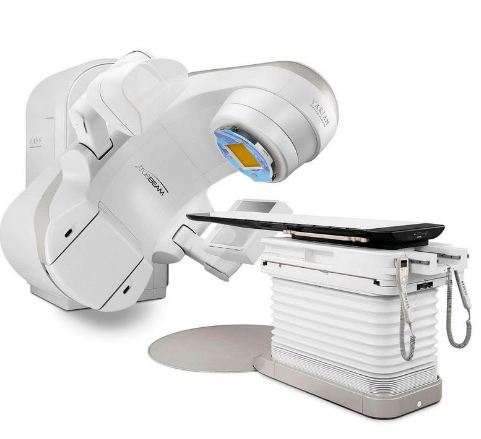 This is done so that the radiation therapist can target the beam accurately and thereby avoiding the risk of exposing healthy tissues to unwanted radiation.

To avoid the risky shivering while undergoing through the radiation, patients are firmly fitted by a plaster cast or headrest. A slight movement of the body or any limbs may cause the miss-target of the beam and damage the healthy cells.

Depending on some specific factors, Radiation therapy is normally applied in five separate sessions in a week each lasting for around 15 minutes and continued up to 3 to 9 weeks.

The patient wouldn’t feel any effect while going through Radiation therapy, but theirs is a risk of causing invisible damage to the tissues surrounding the tumor. To allow the spontaneous healing of these damaged tissues, 2 days breaks are thereafter having 5 days of therapy in a row.

The first session is normally a simulation, in which the medical team runs through the pre-planned procedure. The patient prescribed for internal radiation therapy requires an anesthetic treatment so that the radioactive substance can be implanted.

Soon after receiving the external radiation therapy, the patient may experience tiredness, sensitivity around the targeted area, emotional distress.

To cope up with these, doctors advise the patients to get plenty of rest, eat a healthy diet, have open discussions with the nearest persons, emphasize on skincare and avoid too much sun exposure. And more importantly, keep a close eye on any change in health condition and immediately inform the physician if any change there.

How much can it cost to have radiation therapy?

Patients having health insurance coverage, the additional costs of radiation therapy consist of payments for doctor’s visits, lab tests, and prescription drug copay’s as well as cost-sharing of 10%-50% for procedures and surgery.

For uninsured patients, radiation therapy can cost $10,000-$50,000 or even more, depending on the customized treatment plan. The conventional external beam radiation costs lower, whereas brachytherapy costs more.

Radiation therapy doesn’t mean that the patient has got completely cured. Cancer treatment patients still require regular follow-up visits and some other tests, to check for whether any recurring cancer symptom.

Fortunately, there are some hospitals have discounted price offerings for uninsured/cash-paying patients, as well as some charity organizations to help poor cancer patients.

American Society for Radiation Oncology has detailed lists of the location of radiation oncologists in the USA on their website named RTAnswers.org.

The National Cancer Institute also helps in finding a doctor or cancer treatment facility all over the USA.