In 2005, Shakib Al Hasan played with Bangladesh under-19. He played debut One Day International (ODI) against Zimbabwe in 2006. Shakibul made his debut in Test match was against India in 2007. Shakib Al Hasan was the World’s Top ranked All-Rounder (ODI) from 2009 to 2011. Sakib again ranked as the world’s top all-rounder in 2012. Sakib Al Hasan became the world top ranked Test all-rounder in December 2011. 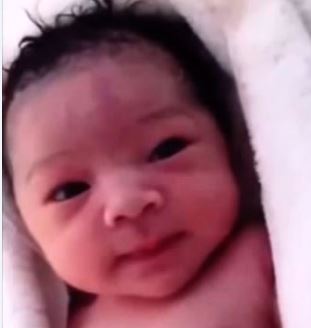 Shakib experss his happiness with a message “A piece of Heaven” and convey thanks to his fan for praying for them. 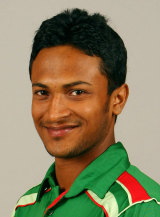 Shakib Al Hasan known to his family as “Faisal”. In his early life he was playing for Islampur Para Club, a team in the Magura Cricket Leagure. He started practice with spin bowling and he took a wicket with his first ball. Shakib Al Hasan got training at Bangladesh Krira Shiksha Pratisthan (BKSP), a government run sports training institute. 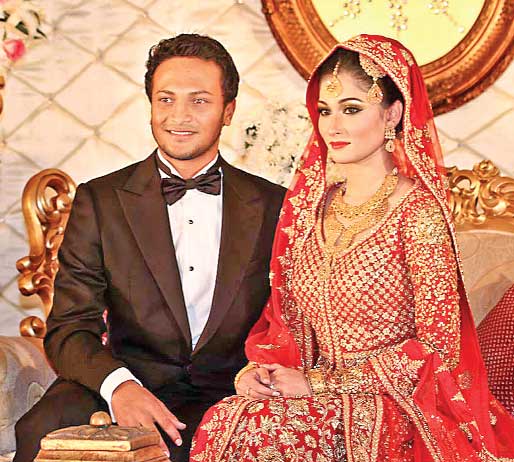 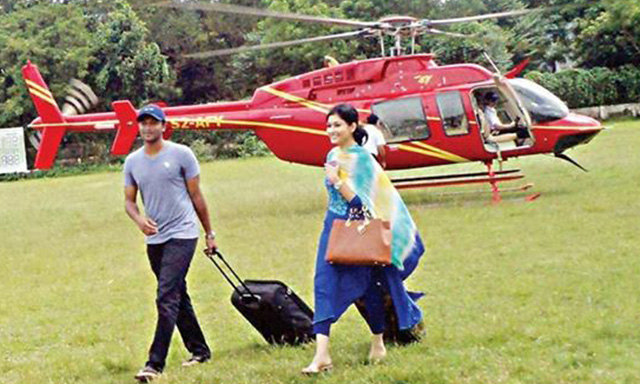 In 2009, Shakib was named “The Wisden Cricketer’s “Test Player of the Year”. 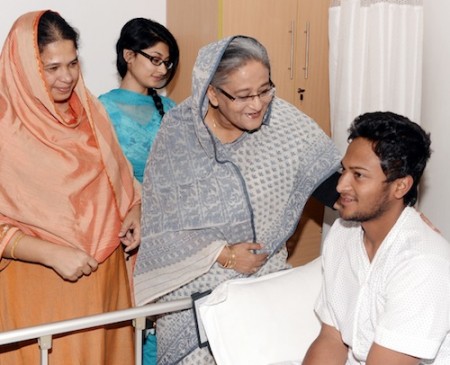 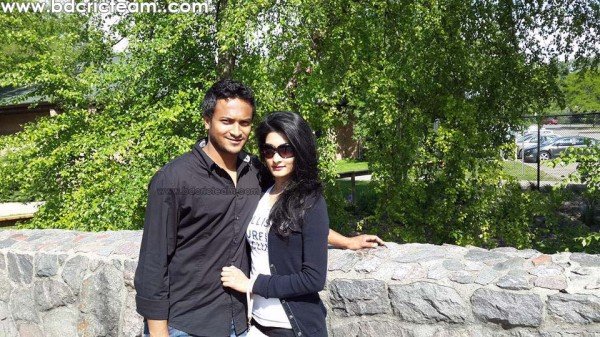 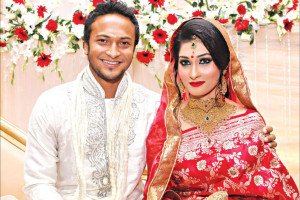 Shakibul with his wife Shishir 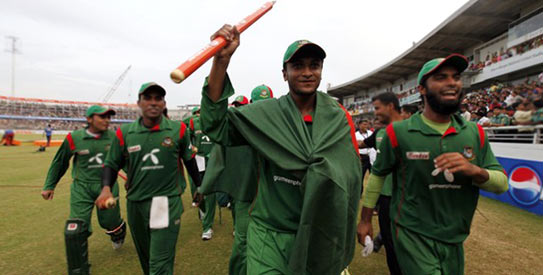 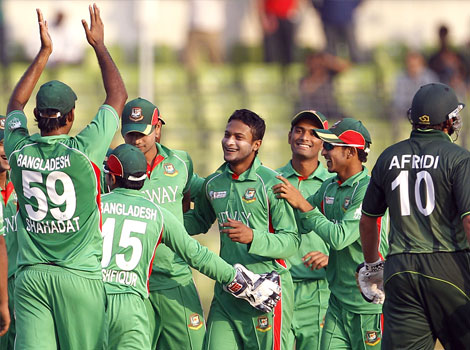 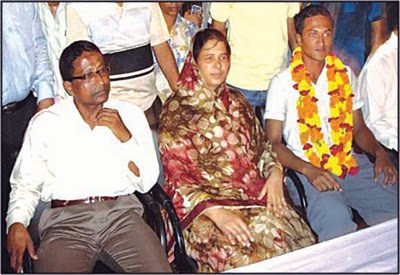 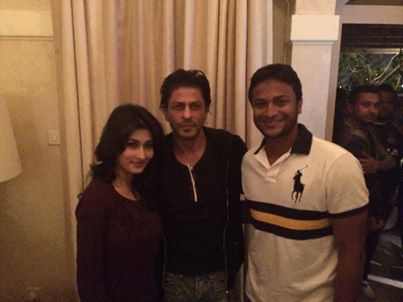 – Shakib Al Hasan became number 1 ODI all rounder of the world in 2009.

– Shakib was awarded Wisden Cricketer of the year in 2009. 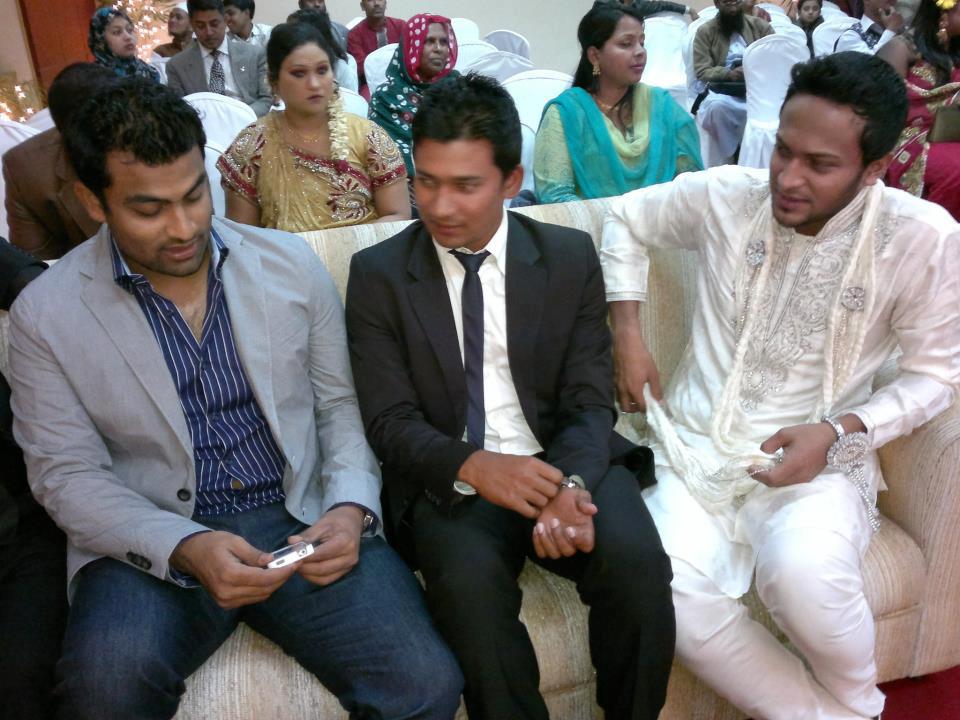 Bangladesh Cricketer Shakib Al Hasan married Bangladeshi American Umme Ahmed Shishir on December 12, 2012. Shakib wife Shishir is a Software Engineer and living in Minnesota, USA. Shakib wife Shishir’s parents are from Narayanganj. Shishir parents migrated to America when she was 10 years old. Shakib and shakib al hasan wife  met each other in England when Shakib was playing for Worcestershire in 2010. 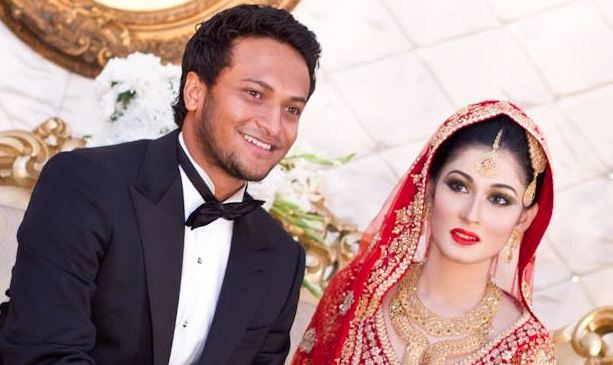 shakib al hasan wife Shishir is the youngest of her 4 elder brothers and a sister. Shishir is looking so beautiful and cute in her early photos with friends in USA, Wedding Video, wedding reception photographs, holud photos. In a photo with her friends shakib al hasan wife Shishir was dancing with smiling. Shakib and Shishir is a happy couple as Shakib always try to keep her beside him to watch cricket, witness Shakib’s playing at the playground even in the Hotel. Fan: Sakib is a fan of Football and supporter of Spanish club FC Barcelona.

Car: Shakib owns a Honda Accord sedan and he has a Ford Fiesta car. 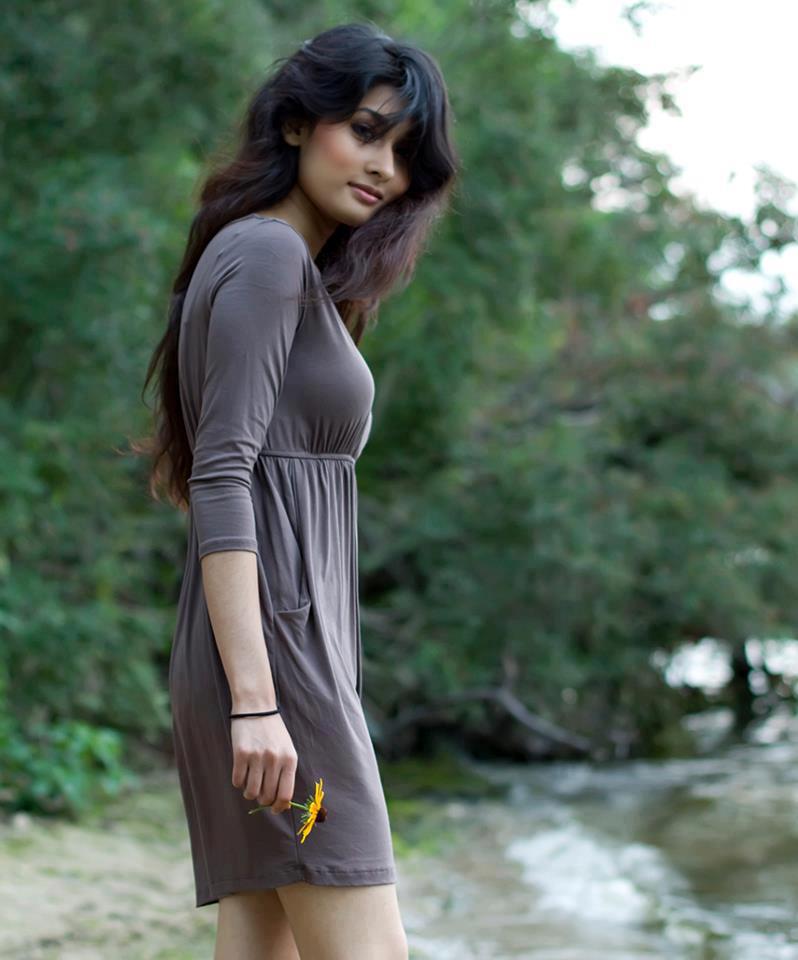 We could not find any hot or sexy photo of Shishir on Facebook or any other website. This is just social media gossiping. Shishir living in USA. USA life style and Bangladesh life style is so different. So we could comment about her as Shishir is wife of Bangladesh best player who represent Bangladesh by his best performance. What about Scandal of Shakibul-Hasan? Is there any base of such a information. We could not find any photo or video that claims any Scandal. We should think positive about Shakib and his wife Shishir. 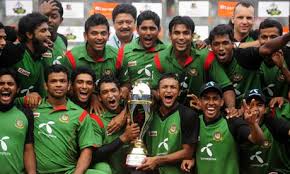 Shakil Al Hasan performed in many TVCs for different company and organization such as Gameplan Sports,

Bangladesh Police arrested a man for harassing country’s best player Shakib Al Hasan wife Umme Ahmed Shishir in a case filled by Shakib. Shakib’s wife Shishir was harassed by several people while she was at Mirpur cricket stadium gallery during an ODI match against India on June 15, 2014.

Sakib Al Hasan complained to BCB, Security staffs of BCB had beaten up some of them while the game was stopped for rain. Shakib Al Hasan filled a case in Mirpur Police station for the incident.

shakib al hasan wife with him beside his awarded car

Shakib Al Hasan also threatened to Bangladesh coach Chandika Hathurusingha to quit play for Bangladesh any more. The Coach asked Shakib to join training session on August 1, 2014 but The Caribbian Premier League from July 11 to August 16, 2014.

BCB president said to media that Shakib Al Hasan breaching rule again and again. “I do not understand how Shakib can say such a thing” Nazmul Hasan Papon said. He said there will be no compromise on discipline.

Bangladeshi cricketer All Rounder Shakib Al Hasan officially appeal to BCB to lift ban on July 23, 2014. Bangladesh Cricket Board will give decision on this issue after Eid with discussion on a board meeting. If the ban is not lifted Shakib will not able to play with Bangladesh Team against West Indies starting on August 20, 2014. He will miss series against Zimbabwe in October 2014 also.

Shakib was not included in the Bangladesh tour of WestIndies starting from August 20, 2014 but there is a chance to play against Zimbabwe starting from October 17, 2014 in Dhaka.

Shakib al Hasan and his wife Umme Ahmed Shishir appeared on TV show ‘Star Night’ at Machranga Television during Eid-ul-Fitr 2014. This is the first time as the couple discuss many matter on a tv program about their life, career, after marriage life, friendship, etc.

Bangladesh cricket board (BCB) reduced Shakib’s ban and he can play from September 2014 with Bangladesh team but still ban for overseas league till 2015. He is an important player for Kolkata Knight Riders. Shakib Al Hasan scored 227 runs at a strike rate of 149.34 and taking 11 wickets with an economy rate of 6.68 for KKR in 2013.