The educational system in Bangladesh is three-tiered and highly subsidized. The government of Bangladesh operates many schools in the primary, secondary, and higher secondary levels. It also subsidizes parts of the funding for many private schools. In the tertiary education sector, the government also funds more than 15 state universities through the University Grants Commission.

In the past, Bangladesh education was primarily an English-controlled, upper-class affair with all courses given in English and very little being done for the common people. The Bangladesh education board has taken steps to leave such practises in the past and is looking forward to education as a way to provide a somewhat poverty-stricken nation with a brighter future

Bangladesh fully conforms to the Education For All (EFA) objectives and the Millennium Development Goals (MDG) and international declarations. Article 17 of the Bangladesh Constitution assures that all children between the ages of six and ten years are to be provided basic education free of charge. 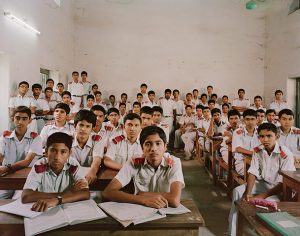 Currently the education system is divided into four levels or stages. The first is the Primary level which incorporates grades 1 to 5. The second is Secondary level which covers grades 6 to 10. The Higher Secondary level consists of grades 11 and 12. If a student wishes to pursue further studies, tertiary education institutions are available. There are 11 government universities in Bangladesh and some 20 private universities which provide tertiary education. Students can choose to further studies in engineering, technology, agriculture and medicine at a variety of universities and colleges.

At all levels of schooling, students can choose to receive their education in English or Bengali. Private schools tend to make use of English-based mediums while government-sponsored schools use Bengali mediums of study.

A separate religious branch of education, known as the Madrasah system, teaches all the basics of education in a religious environment. Madrasahs take in countless homeless children and provide them with food, shelter and education. Religious studies are taught in Arabic and the children also usually serve the related mosques.

Following the EFA, the government of Bangladesh made primary education compulsory for all children between the ages of six and ten. This has had a major impact on the system and the gross enrolment rate has increased since from 75% to 95% by 1996 (Sedere 1996). 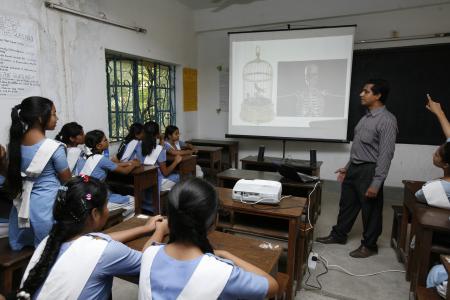 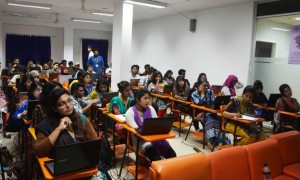 The students of religious education and English medium streams also sit for their respective public examinations, Dakhil and ‘O’ level, conducted by the Madrasah Education Board, and London/Cambridge University respectively, facilitated by the British Council in case of the latter.

Students of religious and English medium streams also sit for their respective public examinations, Alim and ‘A’ level, conducted by the Madrasah Education Board and London/Cambridge University respectively to qualify for further education.

Undergraduate education
Undergraduate education of various duration (two to four years) is offered to age 18+ students at a number of public and private universities, degree and honours colleges, technical colleges, and specialized institutions. Successful completion of a degree course is a prerequisite for appointment to a white-collar civilian job. 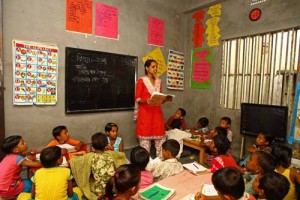 There exists a substantial number of NGO-run non-formal schools, catering mainly for the drop-outs of the government and non-government primary schools. Very few NGOs, however, impart education for the full five-year primary education cycle. Because of this, on completion of their two-to three-year non-formal primary education in NGO-run schools, students normally re-enter into government/non-government primary schools at higher classes.

There are Non-Governmental Schools (NGO) and Non-Formal Education Centers (NFE) and many of these are funded by the government. The largest NFE program is the much reputed BRAC program. However, all NFE graduates do not continue on to secondary school.