Ex Teacher of Viqarunnisa Noon School Porimol Joydhor, was sentenced to life term imprisonment for raping a class-X student in 2011. 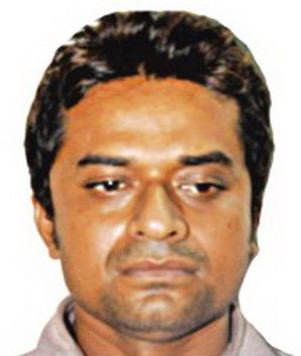 According to the case statement, Porimol Joydhor, a Bangla teacher, violated the student at his coaching centre in the Badda area of Dhaka two times.

Husne Ara and Lutfur Rahma were discharged by the court during the charge hearing. The 59-year-old Viqarunnisa Noon School plunged into trouble after the incident which sparked protests among students and guardians.

Allegations are, Parimal sexually assaulted one of his students 2 times in his Badda coaching centre in Dhaka, Bangladesh in 2011.

The Bangla teacher Parimal was fired in July 5, 2011 in face of street protests by students and gardians.

The Viqarunnisa Noon School student family sued him on July 5 2011, alleging rape and added that the former school branch in-charge Lutfur Rahman and Husne Ara of trying to cover up the rape incident.
Parimal arrested within a day after the case, the teacher later confessed of raping the Viqarunnisa Noon School student before a court on July 11 , 2011.

On August 11, 2011, police submitted charge sheet before the court, dropping the names of Hosne Ara and Lutfur Rahman.

According to the verdict the violated girl will get the fined money  of tk. 50000.

The Victims father said to the daily star, “We are satisfied with the verdict as the court handed [Porimal] the highest punishment as per the existing law”. 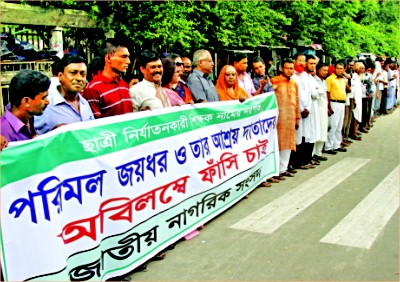 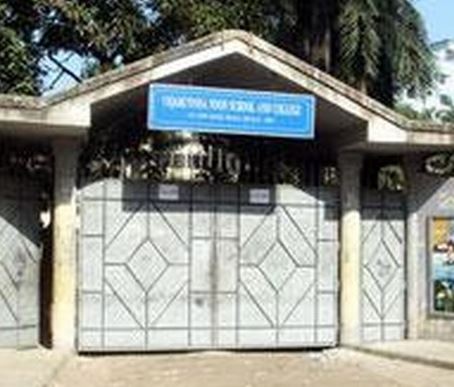 In Bangladesh life imprisonment means Porimal will stay 30 years in jail, but convicts generally serve 20 to 24 years as the authorities usually reduce the sentence considering their good behaviour and other activities.

Rights activist Sultana Kamal said after the verdict. “Women victims will now find an example ,” she said at a programme in Dhaka, Bangladesh .

Porimol is from Latenga village under Kotalipara upazila in Gopalganj of Bangladesh, who  run a coaching centre at his Badda residence in Dhaka.

Porimal first raped the victim at his residence on May 28 , 2011 and made a video clip of Viqarunnisa Noon School and College student naked.

After the incident,  ex-Bangla teacher of the Viqarunnisa Noon School and College (VNSC) of Bashundhara Branch threatened her with posting the video on internet if she refuse to meet him later again.

She was thus forced to meet Porimol at his house where he raped her again on June 17, 2011 according to the case statement.

But words of the rape got out and father of one of her classmates informed the victim’s family of the matter. the Vikarunnesa Noon School and College (VNSC) authorities, too, came to know about it.

However, no action was taken by the School or Bashundhara branch against the teacher Porimal until students & guardians took to the street, demanding Porimol’s arrest and exemplary punishment.

Husne Ara Begum, then principal, & Lutfur Rahman, administrative chief of the school’s Bashundhara branch, were also implicated in the case for their alleged reluctance to take measure action against Porimol and their bid to cover up the incident, Husne Ara and Lutfur Rahman were discharged by the court during the charge hearing.