On 25 August 2017, Some of  insurgents attacks on few police outposts and an army camp in Myanmer, In a reaction to this incident, Myanmar security agencies force people of Rakhine State to leave the state by burning down their villages, killing their men and woman, raping women and by other crimes against humanity. More than 5000 people died till September 20, 2017 and fled over 500000 to Bangladesh. Almost 500,000 registered Rohingyas have remained in Bangladesh.

Myanmar, then called Burma, became independent in 1948 from the Britain, a year after the latter’s withdrawal from the Indian subcontinent in 1947. Rakhine state of Burma, the spot of current conflict is taking place is  separated from the main land of Myanmar by barren mountain range.


This ethnic minority group, most of whom are Muslims, had been stateless or country less through the 1982 Citizenship Act passed by the Myanmar Government and Rohingyas was excluded from the 2015 national census.

1) An enforcement committee with the members of the Annan Commission will have to be formed immediately which will work to implement the commission’s recommendation to put an end to the Rohingya crisis.

2) The refugee influx towards Bangladesh will must be stopped

3) International observers will be allowed to visit the affected area in Myanmar.

4) Immediate measures will have to be taken to take back the Rohingyas who have fled from their country in the face of persecution.

5) A transit camp with the help of the United Nations will have to be set up in Myanmar to rehabilitate the repatriated Rohingya people.

7) Political independence of the Rohingya people will have to be ensured.

Myanmar’s Vice-President Henry Van Thio has reiterated the claims of the country’s de facto leader Aung San Suu Kyi in an effort to pull a veil of bluff over the world, yet again.

Henry Van Thio phrased Suu Kyi’s speech before the world and repeated that Myanmar government is oblivious to the reason behind the exodus of 500,000 Rohingyas fleeing into Bangladesh.

In face of international condemnation and subjection over violence on Rohingya State of Myanmar – which has been termed ethnic cleansing, Van Thio reiterated some of the dubious claims of Suu Kyi.

Ministry of Health, Bangladesh confirmed that more than 16000 of Rohingya women who fled to Bangladesh are pregnant. nurses and midwives have assisted the normal delivery of 173 babies in health centers in the Rohingya refugee camps of Cox’s Bazar, Bangladesh.

A Rohingya refugee woman, Khadija, who has taken shelter in refugee camp in Ukhia of Cox’s Bazar, has delivered a baby girl and named her after Bangladesh Prime Minister ‘Sheikh Hasina’.

Around 3,520 Rohingya people are affected by diarrhoea,
7,969 suffering from respiratory infection and
2,335 from skin diseases

2, 364 Rohingyas people who have serious injuries were given medical assistance by voluntary medical teams of the Bangladesh government.

“Turkish President Tayyip Erdogan will take up Rohingyas Issue at the UN General Assembly in a bid to bring an immediate resolution to the Rohingya crisis,” the first lady said.

Early in the morning, a special aircraft carrying Turkey’s First Lady Emine Erdogan & her entourage landed at Shahjalal International Airport in Dhaka around 3:00am. Turkey’s Foreign Minister Mevlut Cavusoglu have reached in Dhaka in another aircraft earlier.

“One is to convey the sympathy of Indonesia to the burden of Bangladesh on the refugee issue.

the third was to discuss the situation on the ground,” she said.

The United Nations (UN) has called for USD 77 million in urgent assistance for the Rohingya people who have fled into Bangladesh.

Turkey Aid to Rohingya in Myanmar

Turkey ship arrived in Myanmar with 1,000 tons of emergency aid packages containing rice, dried fish and clothing. The Aid was delivered to the Social Services Ministry in Rakhine State at a handover ceremony. The Turkey Aid will be distributed to conflict areas via military helicopters in coordination with the Rakhine State government as uncertainty and security concerns continue in the region.

India, China, Russia and other countries Relation with Myanmar

China is silence or unqualified support to Myanmar. China and Myanmar has close ally for decades. Myanmar plays a key role in China’s planned ‘One Belt One Road’, which is a billions of dollars of investments in energy and infrastructure projects. 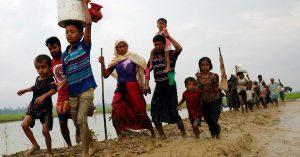 Russia has unchanged and stand beside support to the Military back Government of Myanmar. In 2016, both China and Russia vetoed the UN Security Council motion to censure Myanmar.

In the recent ‘genocide’ in Myanmar, India is silence. On the other hand, the Indian prime minister has extended unequivocal support to the Myanmar government while making an official visit In Septermber 2017, and the Indian government has threatened to deport 40,000 Rohingya refugees from India.

Despite an embargo on weapons sale to Myanmar, Israel has supplied weapons to Myanmar.

In February this year, Pakistan signed a deal to supply F-16 jets to Myanmar. 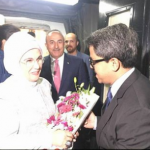 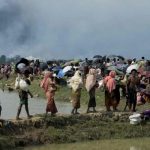 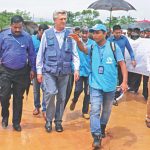 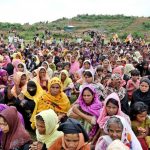 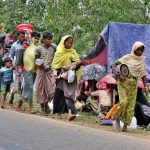 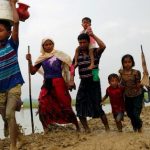 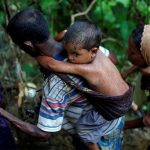 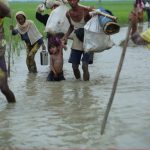 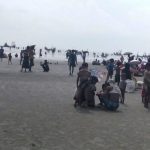 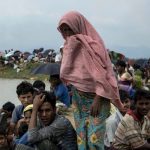 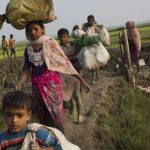 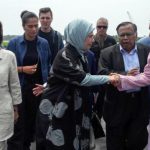 USA The United States, which began a new era of engagement with Myanmar when the country moved towards democracy in 2014.