Karaoke is a very famous and fancy term all over the world. In India it has begun to spread its popularity in the recent past. Earlier only a few people or music lovers in India knew about karaoke, but now a major part of the world know about the karaoke and its features. Karaoke has made it easy and efficient for the singers to sing along.
Karaoke has reduced many issues of singing. One can sing without any issue of music or even without any live band or orchestra. Indian karaoke industry mostly moves around Hindi Film songs. Even a female or male singer can sing on duet tracks, which is called Semi Vocal Karaoke track. In semi vocal track one singer’s voice either male or female voice is kept intact as per the singer’s requirement.
Singers just need to play a karaoke track of his choice on a compatible player and start singing on the track. A good karaoke track is as same the original soundtrack. Singing on a karaoke track karaoke is a fashion and fun in India now. One can find performance quality karaoke tracks on websites like Indiankaraokeonline. IKO is providing high performance quality karaoke tracks to the common people, aspiring singers and professionals too who need to show their talent on Live Shows, Reality Singing Talent shows on televisions and for competitions. Karaoke is a great medium to express emotion to one or to many to express what you feel by choosing what to sing.
Music has always beena great medium to express and impress, and is a very good medium to provide peace of mind. The karaoke has provided common people, who aren’t singers or just are bathroom singers, a way toful fill their desire to sing in rhythm. Video karaoke tracks are also available or can be purchased online which help and guide singers to sing without actually having to learn the lyrics.

Firstly we need to understand what a karaoke exactly is. Karaoke tracks are those in which the lead vocals (voices) of the singers are removed and the entire arrangement of the actual song remains intact for anybody to sing on it. Such tracksare known as KARAOKE (Technically termed as Minus 1 tracks). Karaoke tracks are available in two different formats. One is mp3 format and another one is video format in which lyrics run onscreen which help singers to sing along the karaoke without actually having to memorize the entire lyrics. Hindi Karaoke 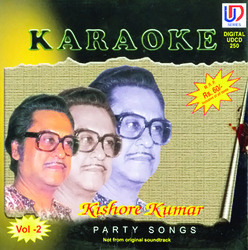 These karaoke tracks are used by professional singers, live performers, fun lovers, party goers andeven bathroom singers who want to try their hand on singing on the actual music of the song. Karaoke tracks are also used by participants in reality shows for singing competition and stage performances.

English karaoke tracks or other international language karaoke tracks are available online for many years and are being used by those who love to sing on actual music, but it was hard to get Hindi Karaoke tracks in the market or even online. Indians are the natives of all the countries in the world and wherever Indians go and live in any part of the world they are Indians from their hearts. They like to have Indian cuisine in the meals so as is their taste in music. They dance on Hindi songs, go to Indian restaurants and perform on Desi tracks. Because of Indian taste and Desi heart, market of Hindi Karaoke tracks have increased and expanded innumerably and extensively.
Market for Hindi Karaoke have expanded also because of TV channels as every channel is having reality singing shows. Participants of these shows also use good performance quality Hindi Karaoke tracks. Hindi Karaoke songs are not limited to film songs only. Performers require Hindi karaoke tracks for different mood and requirements, i.e., for Jagratas they need to have Bhajans of all kinds in their kitty, for parties they need Hindi Film Songs, Hindi Medleys, Hindi remixes and other genres.

Right from the advent of Indian cinema in 1931, musicals with song numbers have been a regular feature in Indian cinema. In 1934 Hindi film songs began to be recorded on gramophones and later played on radio channels giving rise to a new form of mass entertainment in India which was responsive to popular demand. Within the first few years itself, Hindi cinema had produced a variety of films which can be easily categorized into genres such as “Romantic”, “Party”, “Sad”, “Devotional, “Patriotic” and many more. These genres have raised a passion to sing.
Bollywood is full of musical entertainment and has many followers who love to sing on karaoke tracks which also makes It easier for them to sing. As the era has changed you don’t need multiple accompanists as a singer, just play your favorite karaoke and singalong with the track. Now a days, every week many tracks are released,and are of different genres, in fact Bollywood have maximum number of genres than in any other industry.

All the tracks start getting popular as soon as they are released. Bollywood Karaoke
Bollywood has many legends and gems in jewel like Kishore Kumar, Mohd Rafi, Hemant Kumar, LataMangeshkar, Asha Bhosleand the list is never ending who are remembered by their famous tracks and magical voice. These are those legends who are still inspiring coming generation, like Kumar Sanu, Sonu Nigam, Shreya Ghoshal, etc.