How to use dried mushroom powder

Home/Food/How to use dried mushroom powder

How to use dried mushroom powder

Mushroom powder No, they are not a spice, herb or condiment per se, but did you know that pulverized, dried shiitake mushrooms can add oomph to your dishes nonetheless? I didn’t, either, until Eric Gower, chef and cookbook author, taught me how to use them as a seasoning instead of rehydrating them to use in place of fresh mushrooms.

In fact, says Gower, many people prefer the taste of dried over fresh, saying they come with a purer blast of instant umami flavor.

Before you cook with them, though, you’ve got to buy the right ones, and to Gower the choice is clear.

“I buy large bags of dried, whole shiitake from my local Japanese market, but most Asian markets carry them,”he says. “I’m prejudiced toward Japanese ones — quality seems higher. I’ve had gritty unpleasantness with some cheap Chinese ones; had to throw them out.”

Gower has written books on Japanese cooking, so it’s no surprise that he’s such a fan of the shiitake, often referred to as the “monarch of mushrooms” in Japan, according to “Shiitake: The Healing Mushroom” by Kenneth Jones.

The shiitake — sweet-smelling with a meaty texture — takes its name from the Japanese words “take”(mushroom) and “shii” (a type of chestnut tree on which these mushrooms are commonly found). 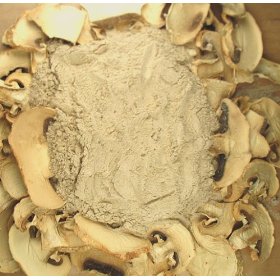 Dried shiitakes have a high percentage of essential amino acids and higher vitamin D content than most foods. According to Neera Chaudhary, a Toronto-based registered dietitian, several studies have shown that shiitakes, particularly dried ones, lower blood cholesterol. In ancient Asian cultures, they were revered for as aphrodisiacs.

Here’s how Gower suggests cooking with them:

First, grind them to a fine mushroom   powder, and then use them in scrambled eggs (with shallots, rosemary and Greek yogurt), in pasta sauces (add toward the end of the cooking), in soup bases, with sauteed winter greens.

If you’re more familiar with Italian than Japanese cooking, you might be wondering about porcini powder, and how it compares. Gower said that shiitake delivers more of an umami punch, although he said he has had success with porcini, too. A bigger fan, naturally, is cookbook author and restaurateur Lidia Bastianich, who looks at the comparison from the opposite perspective: “Porcini powder is much more elegant and aromatic,”she told me. “Shiitake is more intense and a bit muddy.” 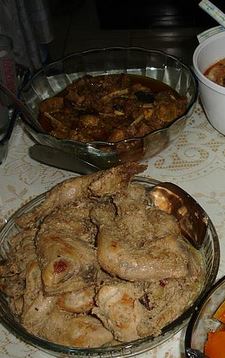 “Porcini powder is something that has always been used in the Italian cuisine, but more as salvaging the crumbs and powder left over from dry porcini that has crumbled in the storage process,” she said. You can add dried ground porcini to soups; mix it with coarse sea salt, black pepper and sugar to make a great dry rub for meat; and sprinkle it on mashed or roasted potatoes.

Adapted from a recipe by Eric Gower 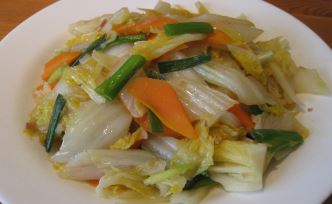 In a bowl, combine the mushrooms, salt and pepper.

Add the steak and use your hands to make sure the steak is completely covered.

Heat a cast-iron pan on medium heat. Add the oil and butter. Cook the steak until both sides are deeply brown.

Remove the steak from the pan and place on a plate to rest.

In the same pan, add the shallots. Cook for a couple of minutes until the shallots soften.


Place the shallots on top of the steak and serve immediately.