4th Phrase Union Parishad Election 2016 in Bangladesh : Total Winning Charimens for the main political parties:  AL – 197, BNP – 15, Independent – 66.  At least 5 people have died and some injured in clashes and attacks during voting in 4th phrase union parishad election (UP)  in Rajshahi’s Bagmara, Narsinghdi’s Raipura, Thakurgaon’s Baliadangi & Comilla’s Brahmanparha on May 7, 2016.

Union Parishad Election 2016 for 3rd phrase was held on April 23, 2016 in 614 union parishads across the country.  Polls violence left 1 dead in Pabna and more than 200 injured in 10 districts of Bangladesh. The injured include 11 journalists & 4 policemen, 2 of whom were hit by bullets.

Awami League and BNP supporters clash outside at voting centre in Arifpur Govt Primary School polling station in Comilla. 4 people, including an assistant presiding officer have been arrested at the Churamonkathi govt Primary School centre in Jessore. A man, Rakibul Islam has died during a clash between the supporters of AL and BNP at Polling station in Malandaha Upazila of Jamalpur. 3 people died in Chittagong when police fire in defence after supporters of  an independate candidate Zillur Rahman atacked Char Bauria Govt PRimary school at 4pm.

Shubho Kazi was shot by ruling parter supports in a Madhurchar govt primary school Polling station in Keranigonj at 9:30am. A hawker was killed in Jessore in clashes between supporters of two rival candidates in Chanchra union under Sadar upazila. 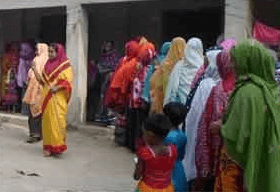 Total 30419 candidates contested for Chairman Post at 639 Union Councils across Bangladesh. Total number of voters are 110,00000, approximately half of them women. 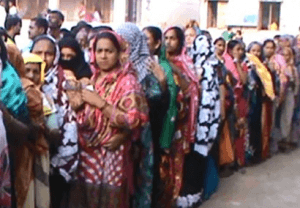