Robbers have looted Tk 16.40 crore from a Sonali Bank branch in Kishoreganj by digging tunnel on January 26,  2014. 2 bank officials discovered it in the afternoon when they entered the second cell of the bank’s vault to get money for transactions.

The robbery incident was happened between Friday and Saturday, as the second cell of the vault was checked the last time on 23 January.
The Robbers dug the tunnel to the vault from a nearby building only 30 yards away from the bank on Isa Khan Road at Rathkhola of Kishorgonj District of Bangladesh. A narrow alley separates the bank and the building. 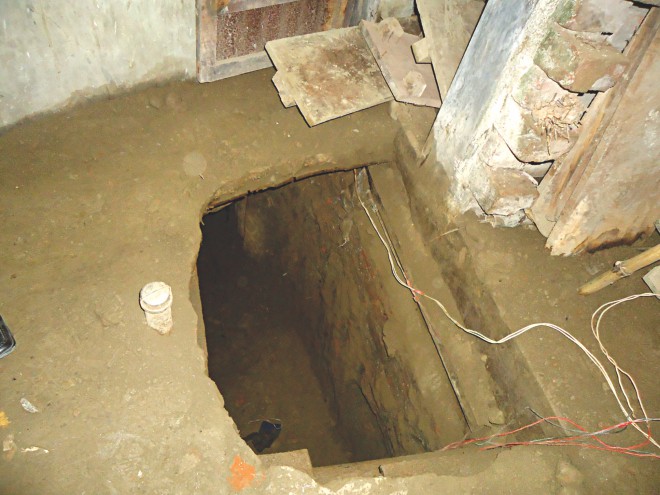 A total of Tk 16.40 crore was kept on a table in the second cell of the vault.  The tunenl was dug from the room of a person named Sohel.  He rented the room two years ago and stayed few times there.


On 29 January, 2 days after the robbery, Rab arrested Sohel and Motahar with Tk 16.19 crore around 3:00pm from Shampur of Dhaka.

Sohel, the 37-year-old man, digging a tunnel between his rented house and the main branch of Sonali Bank in Kishorgonj.

Meanwhile, the recovered money was deposited to a branch of Sonali Bank in Dhaka on security ground.

The elite force was yet to recover the rest of the looted money.

Sohel who worked as a construction worker in Dubai, UAE for 3 years from 2008, spent a year and a half to dig the tunnel to the bank’s vault.
Habib from Patuakhali got the idea of the heist from his wife’s maternal uncle Siraj and befriended an employee of the bank to get details.