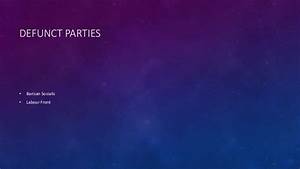 The primary purpose of the election in Singapore is to select a person to occupy the office of the prime minister. Unlike other countries, Singapore’s legislature has elected the prime minister since 1990. At present, the governing party has to form a government with two or more parties that include members of the opposition.

Some political parties and coalition partners do not do very well in the elections, and so the party with the most votes can be the new government. The prime minister gets the most votes in the first round of elections. The first-past-the-post method is used, where the candidate who receives the least number of votes in the first round is eliminated and the candidate with the next highest number of votes wins. After that, the next candidate is eliminated until only one candidate remains, and the person with the fewest votes is eliminated.

US Politics Statistics shows that because of this method, there are a lot of ties and don’t-wins in the elections. The voting system is an old-fashioned way of selecting the prime minister, and it does not have a lot of modernized features.

The third type of political parties is the minority parties. They are the populist political parties, who aim to give the citizens more power, such as getting the right to vote and to initiate referendums, and to lower the income tax rate.