Bangladesh’s GDP growth will be around 5.6% in the this fiscal year, the lowest in over a decade, says a renowned economist. Finance Minister AMA Muhith still looks optimistic about achieving ambitious 7.2 per cent target, reports UNB. “My observation is that the growth will definitely remain below 6 per cent. As per my estimate, it’ll be 5.6 per cent,” former finance adviser to a caretaker government Dr AB Mirza Azizul Islam told the new agency explaining why the growth will be lower this time.

However, the Bangladesh Bank (BB) forecasts that the GDP (gross domestic product) will stand at a range between 5.8 per cent and 6.1 per cent, which is also far below the Finance Ministry’s target.

On March 12, 2014 Finance Minister AMA Muhith said in Parliament that the government has decided to keep the country’s GDP growth target of 7.2 per cent for the current fiscal year unchanged.
Muhith, while presenting the first quarterly report on the state of Bangladesh economy in the House, also said it would not be tough to attain the targeted GDP growth of 7.2 per cent if the industrial production picks up and Aman as well as Boro harvests are satisfactory.
Data show that GDP growth acceleration, so critical to realising Bangladesh’s ambition of becoming a middle-income country and graduating from the LDC bracket, has been lost in recent years.
Asked how the Finance Minister expects higher growth, Mirza Aziz said the Finance Minister is not giving any explanation on what basis the target will be achieved.
Explaining his calculation, the economist said the remittance growth, by the end of the current FY, will remain negative if it is compared with the last FY’s growth while the export has started decelerating though it performed well in the previous months.
On the growth of domestic consumption which accounts around 75 per cent of GDP, Mirza Aziz said the private consumption has declined for various reasons resulting in lower earnings from the VAT (value added tax) and the consumption growth will remain much lower than that of the previous FY. Similarly, private investment growth will definitely remain lower than that of the previous FY, he said adding that the government’s investment is also declining. 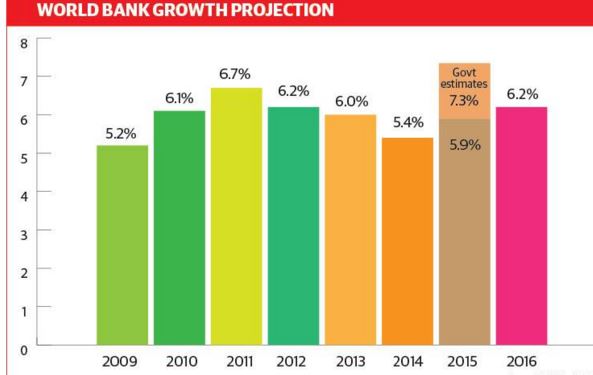 Entrepreneurs formulate investment plans considering investment environment in the long-term. The investment is unlikely to get momentum in the coming months as political uncertainly appears to return for various reasons, Mirza Aziz said.

Reviewing the macroeconomic performance in the first half of fiscal 2013-14, the Centre for Policy Dialogue (CPD), a civil society think tank, says the GDP growth might slip below 6 per cent this fiscal year. The CPD expects the economy to grow between 5.6 per cent and 5.8 per cent if there is no major supply disruption and political turmoil in the remaining months of the  current fiscal.
All the international bodies – the World Bank (WB), International Monetary Fund (IMF) and Asian Development Bank (ADB) — are putting the GDP growth figure below 6 per cent against the government target of 7.2 per cent.