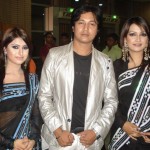 Emon is a Bangladeshi actor. He looks very fastidious. He is abiding in Dhaka. In leisure time, he reads newspaper and magazines and watches the television. Most of the viewers love his acting. He is very talented actor of Bangladesh. He is familiar as a TV performer. His first film is gohiner shopda which is more popular. People love that film so much. After that, he acted in different movie. In recent, he acted lal tip movie. This movie is also popular. The song of this film is very nice. This movie is commercially successful. He is acting more films like as ek buk balobasa, mayer jonno morte pari and so on. He has been working for the success in his film career.